David Letterman Makes Public Apology to His Wife and Staff

In his on-air apologies to his wife and staff David Letterman confessed to having sex with co-workers that he has his work cut out for him. 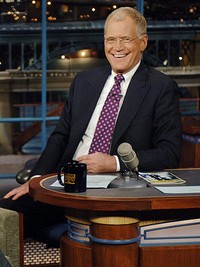 David Letterman Makes Public Apology to His Wife and Staff

As Letterman mixed wisecracks with contrition, he said his wife, Regina Lasko, had been "horribly hurt by my behavior" and stated flat-out that those affairs "are in the past."

The CBS late-night host vowed during Monday's show to repair his relationship with his wife, whom he married in March after a years-long courtship.

"Let me tell you folks, I got my work cut out for me," he said ruefully.

As Letterman faces future shows, how he deals with his messy situation could prove significant and, ironically, it could clinch his recent ratings victory in late-night TV, The Associated Press reports.

In the meantime, pretty former "Late Show" staffer Stephanie Birkitt revealed in her diary that she continued having sex with boss David Letterman even after moving in with her CBS-producer boyfriend, who later allegedly tried to extort him over the affair, sources told The Post yesterday.

Letterman and Birkitt enjoyed romantic hikes last fall at his sprawling ranch in eastern Montana -- where he was married in March -- while her boyfriend, "48 Hours Mystery" producer Robert "Joe" Halderman, stayed home in Connecticut, the sources said.

At the time, Birkitt, 34, insisted to Halderman that she and the 62-year-old Letterman had just "a platonic relationship," a source said.

It was also reported, CBS employee Robert "Joe" Halderman has pleaded not guilty to trying to blackmail Letterman over the affairs.

On his Monday night show, Letterman vowed to mend his relationship with his wife, Regina Lasko.

The host admitted she had been "horribly hurt" by his behaviour but the affairs were firmly in the past.

Letterman married Lasko in March but they have been together since 1986. The couple have a six year old son, Harry.

He told his audience that making it up to her was not going to be easy: "Let me tell you folks, I got my work cut out for me," BBC News reports.