Who Is to Determine Polanski's Fate

France and U.S. are both in search for justice. But while French oficcials, cultural figures and  mere citizens want peace for Polanski, 76,  the United States stands for punishment for the outstanding artist. 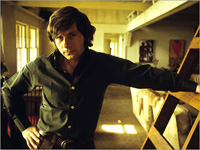 Who Is to Determine Polanski's Fate

France has rushed to the filmmaker's defense since he was arrested this weekend in Switzerland on a three-decade-old U.S. charge of having sex with a 13-year-old girl.

There's a gulf between how Polanski is seen in France and by many outside the entertainment world in the U.S.: in Paris, he's not a fugitive wanted for a sex crime but rather a revered artist and public figure who has never had much reason to hide.

While Polanski would have risked arrest to attend the 2003 Academy Awards in Los Angeles — where he was named best director for "The Pianist" — he is free to climb the red carpet at every Cannes Film Festival. Actor Harrison Ford eventually delivered the golden Oscar statuette to Polanski at another French film festival in the Normandy beach town of Deauville.

Polanski — who has dual French and Polish nationality — has long been protected by France's refusal to extradite its citizens. But there's more to it than that: France's indulgence toward artists has played into the overwhelming sympathy for him, as has the French distaste for peering into public figures' private lives.

Polanski has lived in France since he fled the United States in 1978, after pleading guilty to one count of unlawful sexual intercourse with a minor but before being formally sentenced. By all reports he leads a quiet life with his wife, actress Emmanuelle Seigner, and their two children. His early life was marked by tragedy — his mother died at Auschwitz during the Holocaust, and his second wife, actress Sharon Tate, was murdered in 1969 by followers of Charles Manson. She was eight months pregnant.

While French Cabinet ministers are generally cautious about commenting on the legal affairs of other countries, saying they don't want to interfere, they have been astonishingly outspoken on behalf of Polanski, who risks extradition to the United States.

Both French Culture Minister Frederic Mitterrand and Foreign Minister Bernard Kouchner stressed Polanski's artistic gifts in their defense of him, though in theory all men — regardless of talent — are equal before the law.

Kouchner called the arrest "sinister," adding: "A man of such talent, recognized in the entire world, recognized especially in the country that arrested him — all this just isn't nice."

To many here, the slap of American justice seemed particularly sharp as the arrest came as Polanski was entering Switzerland to receive a lifetime achievement award from the Zurich Film Festival.

Mitterrand made few sharpcomments concerning  the United States: "In the same way that there is a generous America that we like, there is also a scary America that has just shown its face."

Many find it odd that Polanski is being sought for a 32-year-old crime. His French lawyers have stressed that the statute of limitations on the case would have expired long ago in France.

Polanski's victim, Samantha Geimer, who identified herself publicly years ago, has joined in Polanski's bid for dismissal, saying she wants the case to be over. She sued Polanski and reached an undisclosed settlement.

Justice Minister Michele Alliot-Marie was one of the few leading figures here to mention Polanski's victim in her appraisal of Polanski's case. The former justice minister said it "poses a problem" that the U.S. is still seeking his extradition — since Geimer herself wants to move on. Reported by The Associated Press.