Patrick Swayze, a sex symbol of the 1990s, whose work in such films as Dirty Dancing and Ghost made him one of the most outstanding actors of the past decade, died Monday from pancreatic cancer at age 57. 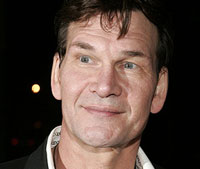 "Patrick Swayze passed away peacefully today with family at his side after facing the challenges of his illness for the last 20 months," The Associated Press quoted his publicist, Annett Wolf as saying.

The news about the actor’s lethal disease appeared for the first time in March 2008, when it was reported that Swayze was suffering from a deadly form of cancer.

His last role was the lead in an A&E TV series, The Beast, which premiered on January 15, 2009. Due to a prolonged decline in health, Swayze was unable to promote the series, and on June 15, 2009, Entertainment Tonight reported that the show had been canceled.

Swayze's breakthrough role came with his performance as dance instructor Johnny Castle in the 1987 film Dirty Dancing, alongside his Red Dawn costar, Jennifer Grey. Dirty Dancing was a low-budget project that was intended to be shown in theaters for one weekend only and then go straight to video, but it became a surprise hit and achieved massive international success. It was the first film to sell one million copies on video, and as of 2007, has earned over US$300 million worldwide and spawned several alternate versions, ranging from a television series to stage productions to a computer game. Swayze received a Golden Globe Award nomination for the role and also sang one of the songs on the soundtrack, "She's Like the Wind," which he had originally cowritten with Stacy Widelitz for the film Grandview, U.S.A. The song became a top ten hit and has been covered by other artists, such as David Hasselhoff, and in 2006 was converted into a hip-hop version by Lumidee, who took it to the top of the charts in Germany.

After Dirty Dancing, Swayze found himself heavily typecast as beefcake and appeared in several flops, of which Road House was the most successful. His biggest hit came in 1990, when he starred in Ghost, with Demi Moore and Whoopi Goldberg. This role had considerable cultural impact, and modern hip-hop lyrics routinely used the phrase "I'm Swayze" (meaning "I'm ghost," which is in turn slang for "I'm leaving") in reference to that film. In 1991, he starred alongside Youngblood castmate Keanu Reeves in another major action hit, Point Break, and was also chosen by People magazine as that year's "Sexiest Man Alive."