According to a U.S. report, Oscar winner Jennifer Hudson has given birth to a baby boy. 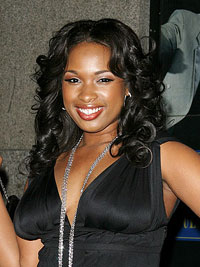 The Dreamgirls singer/actress and her fiance David Otunga welcomed little David Daniel Otunga, Jr. on Monday night, according to the Hollywood Reporter, The Houston Chronicle reports.

Hudson appeared visibly pregnant last month when she performed at the memorial service for Michael Jackson.

A possible reason for the silence, the Reporter speculated, was partially due to a desire for privacy, but also perhaps superstition in the wake of the family tragedy she suffered in October, when her mother, brother and nephew were murdered in Chicago. The child was reportedly conceived a short time after the murders, MTV.com reports.

Meanwhile, a source said: "Jennifer and David are thrilled. They did not know the sex of the baby in advance - they bought blue and pink clothes beforehand. It's a very joyous occasion for them," TVNZ reports.