Oakland , Calif., on Tuesday became the first city in the US to assess a tax on marijuana. 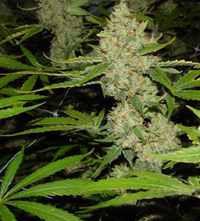 State and national advocates of the tax say the victory is a significant turning point in the history of cannabis use, paving the way for taxation in other communities and states and establishing more social acceptance of marijuana use.

Opponents say an irreversible threshold has been crossed, opening the door to more crime and heavier drug use, Christian Science Monitor reports.

"It is important because the city of Oakland is facing a massive deficit like many jurisdictions in California," said Steve DeAngelo, a leader of one of the city's cannabis clubs. "And we decided to step up to the plate and make a contribution to the city in a time of need."

DeAngelo, one of the people who led the effort to get the tax approved, said his business will now have to pay more than $350,000 from the new tax next year, CNN International reports.

"Oakland will show that this can work if it's done right," Keith Stephenson, executive director of the Purple Heart Patient Center, one of four Oakland cannabis clinics. "There will be some cash-strapped areas that will use this to balance their budgets."

According to CNN A tax of $18 will be levied for every $1,000 in gross marijuana sales, United Press International reports.