Arizona Gov. Jan Brewer signed Monday a bill that restricts abortions in the state and gives pharmacists and medical workers the right to refuse to dispense day-after pills and other abortion-inducing medications. 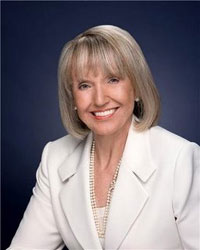 The bills set a 24-hour waiting period for abortions and allow state jail time on top of federal bans on certain late-term abortions. The new legislation also takes the word “fetus” out of state law and replaces it with “unborn child” or “unborn baby.” Another bill approved by the governor prohibits nurses and other non-physicians from performing abortions, Bizjournals.com reports.

Also, an existing law on parental approval for minors seeking to end pregnancies would be toughened. In addition, pharmacists and other health care providers will be able to refuse to hand out emergency contraception on moral or religious grounds, The Associated Press reports.

The Republican governor also expanded the rights of gun owners by allowing those with a concealed-carry permit to take their firearms into establishments that serve alcohol, but she cited wildfire concerns in rejecting a proposal that would have legalized the sale of small fireworks in the state.