The Food and Drug Administration said Thursday the strain of E. coli found in a package of cookie dough collected at a Nestle USA manufacturing plant does not match the strain that has been linked to a 30-state outbreak, and they aren't sure how the dough was contaminated. 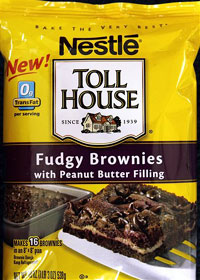 The FDA and the federal Centers for Disease Control have been investigating whether the cookie dough was the source of the E. coli outbreak which has sickened at least 69 people in about 30 states, The Associated Press reports.

E. coli can cause abdominal cramping, vomiting, nausea, and diarrhea that may be bloody in consumers who eat food or drink water contaminated with the bacteria. Symptoms are most often mild to moderate, but in some cases, salmonella infection can reach the blood stream and cause potentially life-threatening complications, including kidney failure. The frail or elderly, young children, and people with weakened immune systems are most at risk of severe problems from E. coli poisoning, Attorney at Law reports.

Meanwhile Nestle dismantled and cleaned its entire production line and it is slowly returning to work.All stockpiled ingredients have been thrown out and new ones brought in. All ingredients are undergoing strict pre-testing to prevent future contamination.

Federal investigators found only minor discrepancies at the plant and none account for the E. Coli contamination. Is is possible that no cause will ever be found. Product tampering has been all but ruled out as there has been no evidence of deliberate actions, Examiner.com reports.