"Late Show" host David Letterman kept up a verbal assault on John McCain Thursday, saying he felt like an "ugly date" because the GOP presidential candidate backed out of a scheduled appearance on his talk show. 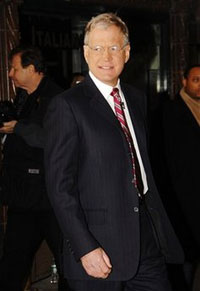 The night before, Letterman had said McCain's decision to suspend his campaign to deal with the economic crisis "didn't smell right." Letterman substituted MSNBC's "Countdown" host - and critic of the Arizona senator - Keith Olbermann when McCain called him to say he wouldn't appear Wednesday.

The comic was unhappy when McCain sat for an interview with Katie Couric instead of him Wednesday - and even more perturbed to learn that McCain didn't leave New York until Thursday.

He said he felt like a "patriot" to let McCain off his commitment to deal with the economy and "now I'm feeling like an ugly date."

McCain spokeswoman Nicolle Wallace said Thursday that the campaign "felt this wasn't a night for comedy."

"We deeply regret offending Mr. Letterman, but our candidate's priority at this moment is to focus on this crisis," Wallace said on NBC's "Today" show.

The late-night comic banged away at McCain on Thursday from the opening of his monologue.

"You're here on a good night," he told the audience. "So far none of our guests have canceled."

He talked about daredevil David Blaine's feat of hanging upside down in New York's Central Park for 60 hours.

"They just left the guy hanging there," he said. "It's the same thing McCain did to me last night."

He described socialite Paris Hilton - Thursday's guest whose celebrity was once used in a McCain campaign ad to mock Obama - as McCain's first choice for a running mate.

Letterman's Top 10 list was "surprising facts about Sarah Palin," read by citizens of Wasilla, Alaska, where she was once mayor.

Later in the show, Letterman couldn't resist another mention of "that John McCain" while chatting with Hilton, who replied, "I heard he dissed you. He dissed me."

Milking the moment, Letterman consoled her: "You had a little run-in with him, too, didn't you?"

CBS is a division of CBS Corp.