In Japan, people can use iPods as cigarette lighters

Japan is investigating a possible battery defect in the popular iPod Nano music player after reports that two overheated in Tokyo, scorching nearby paper and a straw woven mat, a government official said Tuesday. 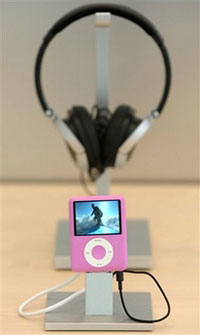 In Japan, people can use iPods as cigarette lighters

No one was injured, and there was no further damage, said Ministry of Economy, Trade and Industry official Hiroyuki Yoshitsune.

The latest problem follows a similar ministry report in March about sparks shooting out of an iPod Nano, he said.

The government has been working with Apple Inc. to investigate the cause, and a defect in the lithiuim-ion battery is suspected in all three cases, he said. The iPods began to overheat while they were being recharged, he said.

He declined to disclose the manufacturers of the batteries, and said it was unclear whether the same battery was being packaged in the product, which is sold all over the world.

Yoshitsune said the two latest cases involved an iPod Nano, model number MA099, which singed nearby paper in August, and model MA005, which burned a Japanese traditional "tatami" mat, in January. Both players were twisted out of shape from the heat and became unusable, he said.

The government has instructed Apple Japan to find out the cause of the problems and report back to the government.

Lithium-ion batteries have been blamed for a series of blazes in laptops that have resulted in massive global recalls.