An American woman severely injured in a knife attack that killed her husband in China the day the Olympics began has recovered enough to speak with relatives, an official said Wednesday. 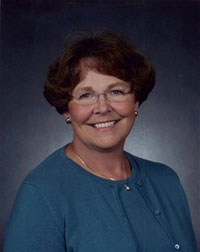 Barbara and Todd Bachman, parents of former women's volleyball Olympian Elisabeth Bachman, were attacked with their Chinese guide Saturday while visiting the 13th-century Drum Tower, a popular Beijing tourist site, by a Chinese man who then leapt to his death.

U.S. Olympic Committee spokesman Darryl Seibel told The Associated Press that 62-year-old Mrs. Bachman _ who underwent eight hours of surgery for what were called life-threatening multiple lacerations and stab wounds _ was speaking, although she remains listed in serious but stable condition.

"She has family members with her at the Beijing hospital and she's able to interact with them during brief visits several times a day," Seibel said. "Hugh and Elisabeth and other family members who have come to Beijing since the tragedy this past Saturday are with her."

He said no funeral arrangements had been made yet for her husband, who died soon after the attack. Bachman was the head of a family-run garden center in Minneapolis.

Police on Wednesday began security checks at park gates in the capital in a bid to keep knives and other potential weapons in check, the state-run Xinhua News Agency reported, adding that security teams would conduct 24-hour patrols at parks and tourist spots.

The FBI is monitoring the investigation into the slaying, Chinese officials said Wednesday, in line with President Hu Jintao's promise Sunday to U.S. President George W. Bush to keep the American government informed.

Liu Shaowu, security chief for the Beijing Organizing Committee, said the FBI had been "invited" to help, and Seibel said FBI officials assigned to the embassy were monitoring the probe.

The slaying, just hours after the Olympic opening ceremonies and on the day competition began, shocked the athletic community and embarrassed Chinese leaders determined to hold flawless games. Chinese officials insisted they would tighten security even further around the capital.

Liu said the assailant, 47-year-old Tang Yongming, "was extremely depressed and took extreme acts." Investigators consider the assault an isolated, random act, with no indication Tang knew his victims, their nationalities or links to the Olympics.

"We don't think it is going to have any effect on the Olympic Games itself," Liu said. "We should not have any greater threat on any delegations at the games."

McCutcheon has been sitting out the U.S. men's matches to be with his wife, Elisabeth, at the hospital. With an interim coach, the men have gone 2-0 so far, beating Italy on Tuesday.

The attack also has affected the women's team, which includes her teammates at the 2004 Athens Games.