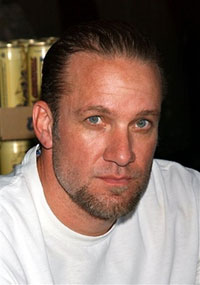 Michael B. Jones, of Omaha, Nebraska, filed the suit on Wednesday in Los Angeles Superior Court against James and his company, West Coast Choppers, Inc.

The lawsuit claims Jones ordered a "sleek and low-slung custom" 1949 Cadillac Sedanette from James and agreeing to pay between $250,000 and $350,000. Jones said he intended to enter the Cadillac in auto show contests.

James hosted the cable television show "Monster Garage" from 2003 to 2007. Attempts to reach James or West Coast Choppers by phone and e-mail after hours were unsuccessful.

The civil suit seeks a return of $422,680 that Jones said he paid James, interest, and punitive damages and alleges breach of contracts, fraud and unfair competition.