A young Chinese man confessed to killing a Canadian model during a robbery at her apartment, police in Shanghai said Friday. 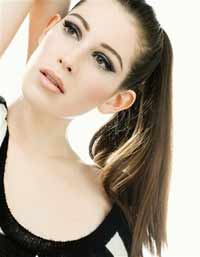 The killing of a foreigner so close to next month's Beijing Olympic Games was an embarrassment for Shanghai police, who at first only released a two-sentence statement after the discovery of her body on Monday.

Diana O'Brien, 22, arrived in the city to work as a model less than two weeks ago and friends said she was unhappy and planned to return home early.

The circumstances of her death remain largely unclear, but 18-year-old Chen Jun was arrested Friday in nearby Anhui province. He was in possession of O'Brien's laptop and other belongings, a police statement said.

Wang Jiwei, an official in the news department of Shanghai's Public Security Bureau, declined to comment.

The Foreign Affairs department in Ottawa - which is representing O'Brien's family in the case - could not immediately provide additional information.

The small Shanghai-based modeling agency where she had been working could not be reached by telephone, but her friends did not believe her death was work related.

"This was just really bad luck," said Barry Kazakoff, a friend and former employer in Canada, who said O'Brien had scheduled one more job before heading home. "She wanted to see the world, and the way to do that was to step out of her comfort zone and be a model."