Many New Yorkers ignore their own city condom 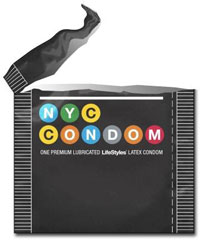 Many New Yorkers ignore their own city condom

The Bureau of Epidemiology Service of NYC Health Department unveiled worrisome details about the sexual behavior in the Big Apple.

The situation with those residents of New York having sex with individuals of their own sex is not good either. Thirty-three percent of them reported having multiple sex partners.

Practicing unsafe sex has resulted in more than 60,000 cases of sexually transmitted infections in 2006, of which 3,745 were new HIV diagnoses. To crown it all, more than a half pregnancies in New York were unplanned.

The results of the survey seem to be particularly disturbing against the background of the fact that the city promotes its own condom. In addition, New York is considered to be the center of the nation’s AISA crisis. The number of herpes occurrences in New York is higher than the national average.

One in four New Yorkers (about 26 percent) is infected with Herpes Simplex Virus-2, which causes genital herpes. The national average of such patients is 19 percent.

The NYC Condom, funded by New York City 's Department of Health, is the first municipally branded condom in the United States. The condom was launched on Valentine's Day 2007 by city health commissioner Dr. Thomas R. Frieden and Kenneth Cole at the designer's store in Rockefeller Center. Throughout the day, 150,000 condoms were distributed by city workers and volunteers at various high-traffic areas in the city.