Paul Newman, an Oscar-winning actor finally decided to release an official statement in response to countless reports saying he is terminally ill with cancer. However, his statement provided very little information on his state of health. 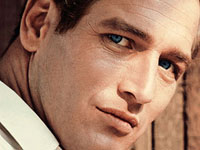 Newman’s spokesman, Jeff Sanderson, sent an email to news agencies in which it was said that the actor “is doing nicely.” Mr. Sanderson declined to give further comments on the actor’s condition when reached by phone.

Paul Newman, now 83, has been reportedly diagnosed with lung cancer. It was also reported that the actor was receiving out-patient treatment at New York’s Memorial Sloan-Kettering Cancer Center.

Paul Leonard Newman (born January 26, 1925 ) is an American actor and film director. He has won numerous awards including Academy Awards, Golden Globe Awards, Screen Actors Guild Awards, a Cannes Film Festival Award, and an Emmy award and is considered an iconic figure in Hollywood history. He is also the founder of Newman's Own, a food company from which Newman donates all profits and royalties to charity. As of May 2007, these donations have exceeded US$220 million.

Detached from Hollywood , Newman makes his home in Westport, Connecticut with his wife Joanne Woodward.

He has been married twice. His first marriage was to Jackie Witte, and lasted from 1949 to 1958. Together they had a son, Scott, born in 1950, and two daughters, Susan Kendall (1953) and Stephanie. Scott Newman died in November 1978 from an accidental drug overdose.