Academy Award-winning director Sydney Pollack, a Hollywood mainstay who achieved commercial success and critical acclaim with the gender-bending comedy "Tootsie" and the period drama "Out of Africa" while often dabbling as a television and movie actor, has died. He was 73. 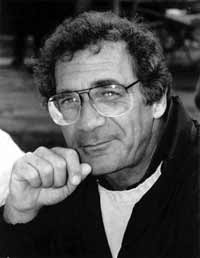 Pollack died of cancer Monday afternoon at his home in Pacific Palisades in Los Angeles, surrounded by family, said publicist Leslee Dart. Pollack had been diagnosed with cancer about nine months ago, said Dart.

Pollack, who occasionally appeared on the big screen himself, worked with and gained the respect of Hollywood's best actors, including Robert Redford, Dustin Hoffman and Meryl Streep, in a long career that reached prominence in the 1970s and 1980s.

Last fall, he played law firm boss Marty Bach opposite Clooney in "Michael Clayton," a drama that examines the life of a lawyer who fixes sordid problems. The film, which Pollack co-produced, received seven Oscar nominations, including for best picture and a best actor nod for Clooney. Tilda Swinton won the Oscar for supporting actress.

Pollack was no stranger to the Academy Awards. In 1986, "Out of Africa" a romantic epic of a woman's passion set against the landscape of colonial Kenya, captured seven Oscars, including best director and best picture.

In accepting his Oscar, Pollack commended Streep, who was nominated for best actress but did not win.

"I could not have made this movie without Meryl Streep," Pollack said. "She is astounding - personally, professionally, all ways."

Over the years, several of his other films, including "Tootsie" and "They Shoot Horses, Don't They?" got several nominations, including best director nods.

The list of actors he directed reads like a who's who of Hollywood A-listers: Sally Field and Paul Newman in "Absence of Malice," Nicole Kidman and Sean Penn in "The Interpreter," Robert Mitchum in "The Yakuza," Tom Cruise in "The Firm," Robert Redford in "Three Days of the Condor," and Redford and Barbra Streisand in "The Way We Were," and other big-name actors in other films.

"Having the opportunity to know Sydney and work with him was a great gift in my life," Field said in a statement. "He was a good friend and a phenomenal director and I will cherish every moment that I ever spent with him."

His last screen appearance was in "Made of Honor," a romantic comedy currently in theaters, where he played the oft-married father of star Patrick Dempsey's character.

Pollack had an occasional recurring role on the NBC comedy series "Will & Grace" playing Will's (Eric McCormack) father, and also appeared in the "The Sopranos," "Frasier" and "Mad About You."

Pollack also produced many independent films with filmmaker Anthony Minghella, who died in March, and the production company Mirage Enterprises. His recent producing credits include "The Talented Mr. Ripley" and "Cold Mountain."

The Lafayette, Indiana, native was born to first-generation Russian-Americans. In high school in South Bend, he fell in love with theater, a passion that prompted him to forego college and move to New York and enroll in the Neighborhood Playhouse School of the Theater.

"We started together in New York and he always excelled at everything he set out to do, his friendships and his humanity as much as his talents," said Martin Landau, a longtime close friend and associate in the Actors Studio, through spokesman Dick Guttman.

After appearing in a handful of Broadway productions in the 1950s, Pollack turned his eye to directing - where he would ultimately leave his biggest mark.

"Sydney let the dialogue and the emotion of a scene speak for itself. Not given to cinematic tricks, his gentle and thoughtful touch and his focus on the story let us inhabit the world he created in each film," said Michael Apted, president of the Directors Guild of America.

In the "The Interpreter," that world was the United Nations. The first feature film to be shot inside the U.N., Pollack had never been inside the Manhattan landmark until starting work on the film in 2004.

"I am ashamed to admit that I went to school here in New York. I got married here, I worked here, I walked by this building a thousand times," he told reporters. "I had never been inside it until the first location scouting trip, and I was awed by it."

Pollack, who stood over six feet (1.8 meters) tall and had a striking presence on the screen, never totally gave up acting.

"Most of the great directors that I know of were not actors, so I can't tell you it's a requirement," he said. "On the other hand, it's an enormous help."

Pollack said Hoffman repeatedly sent him roses with a note reading, "Please be my agent. Love, Dorothy." At that point, Pollack hadn't acted in 20 years.

In the 1982 movie, Hoffman plays an out-of-work actor who pretends to be a woman to land a role on a soap opera.

"I didn't think anyone would believe him as a woman," Pollack said. "But the world did, they went crazy."

Pollack is survived by his wife, Claire; two daughters, Rebecca and Rachel; his brother Bernie; and six grandchildren. Pollack's son, Steven, died in a plane crash in 1993.