Will Sean Connery and his neighbors stop endless lawsuits?

By Anastasia Tomazhenkova: James Bond actor Sean Connery and his Manhattan neighbors the Sultans wallowed in the series of lawsuits. 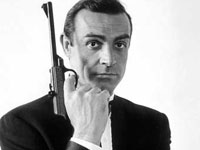 Will Sean Connery and his neighbors stop endless lawsuits?

State Supreme Court Justice Marcy Friedman prompts actor's family and ophthalmologist Dr. Burton Sultan's clan to end their feud over their shared, landmarked Upper East Side town house. The judge tossed out many of the Sultans' claims but also slammed the Connerys for what she called their "blunderbuss" legal salvos.

Friedman supposes that both parties to this dispute have engaged in a 'slash and burn' litigation strategy. She barred both sides from filing any more lawsuits without her permission.

The neighbors have clashed repeatedly over the Connerys' renovations to the six-story, 1869 town house on East 71st Street. The Sultans live on the lower four floors. Connery's son bought the top two as a condominium in 1998 but moved elsewhere two years later and let his parents move in.

The Sultans have claimed in court papers that the years-long renovations subjected them to noise, fumes, leaks and rats, damaging their home and ruining their notable collection of Victorian and early 20th-century wicker furniture. The Sultans' court papers also have called Connery the antithesis of the suave spy he famously played, branding him "a bully who ignores norms of neighborliness and decency," blasts loud music and has refused to quiet down.

The Connerys have said that the Sultans' complaints have delayed needed repairs to the town house roof, imperiling the actor's family and raising the repair costs.

Sir Thomas Sean Connery,77, is a retired Scottish actor and producer who is perhaps best known as the first actor to portray James Bond in cinema, starring in six Bond films: Dr.No, From Russia with Love, Goldfinger,Thunderball, You Only Live Twice, Diamonds Are Forever and Never Say Never Again. In 1988 he won the Academy Award for Best Supporting Actor for his role in The Untouchables. Sir Sean Connery was knighted by Queen Elizabeth II July 2000.