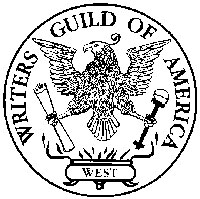 The writers strike has struck down the Fox thriller "24."

"24" is absent from the network's revised, strike-affected schedule for midseason. In its announcement, Fox explained the "Day 7" season for the series would be indefinitely postponed to ensure an uninterrupted run.

Like most series written by members of the Writers Guild of America, "24" is falling prey to a shortfall of scripts. But the heavily sequential, real-time "24" is dependent on a full-season run of 24 episodes.

Fox's revised schedule also calls for "Terminator: The Sarah Connor Chronicles" to have a two-night premiere Jan. 13-14. The new drama, a reinvention of the "Terminator" film franchise, stars Lena Headey.

Looking further ahead, "New Amsterdam," a drama about a New York City detective who is immortal, premieres in February.

The Farrelly Brothers comedy "Unhitched" premieres in March, as does an unscripted, role-reversal series, "When Women Rule the World," and a comedy from "Gilmore Girls" creator Amy Sherman-Palladino, "The Return of Jezebel James."

Fox stressed that its revised schedule, announced Wednesday, was subject to further change, if strike developments warrant. WGA writers went on strike Monday, with no end in sight to their dispute with the Alliance of Motion Picture and Television Producers.

The announcement by Fox was likely intended, in part, to make clear that it has fresh programming - in the form of new series - on deck, despite forecasts of rerun-beset lineups looming as the season wears on. That was unlikely to console "24" fans awaiting the next 24-hour marathon of crises for put-upon hero Jack Bauer.