Roman Polanski to direct 'The Ghost' 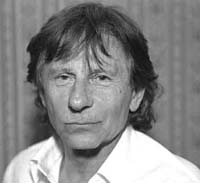 Roman Polanski to direct 'The Ghost'

The best-selling political thriller about a British prime minister modeled on Tony Blair will find its film adaptation – and the director will be Roman Polanski, the book's publisher said Thursday.

The Random House Group said Polanski and the novel's author, Robert Harris, were collaborating on a screenplay and filming was due to begin in Europe next year.

The book's narrator is a ghostwriter, hired to help a former British leader complete his memoirs, who becomes enmeshed in a web of espionage and political intrigue. It has caused ripples in Britain for its obvious parallels with Blair, whom Harris has known for 15 years. Like Blair, fictional premier Adam Lang is a once-popular politician brought down by his close alliance with the United States in its "war on terror."

Polanski, 74, said he had been interested in directing a political thriller, "and 'The Ghost' could not be more perfect. Robert has constructed a novel with such suspense, it is hard to put down."

Polanski and Harris have already worked together on an adaptation of Harris's historical novel "Pompeii," but production on the 100 million pound (US$210 million; EUR140 million) film has stalled due to a threatened actors' strike in the United States.

Harris said he was thrilled to be working again with the director of intense dramas like "Chinatown" and "Rosemary's Baby."

"There's a lot of psychological intrigue in the story, as well as espionage and politics, and most of the action takes place in an oceanfront house during the middle of winter - all of it classic Polanski territory," Harris said.

Random House said the film would have a British cast and would be shot in northern Europe.

The book is set in Martha's Vineyard, Massachusetts, but Poland-born Polanski, who won an Oscar in 2003 for Holocaust drama "The Pianist," has been living in self-imposed exile from the United States since fleeing child-sex charges in 1978. He also has not visited Britain for fear of extradition.

Last month, Blair signed an agreement with Random House to publish his own memoirs, for an undisclosed advance widely reported at more than 4 million pounds (US$8.4 million; EUR5.7 million). He has said he does not plan to employ a ghostwriter.