Authorities investigate murder-suicide of professional wrestler Chris Benoit, his wife and their son

Authorities investigating the apparent murder-suicide of professional wrestler Chris Benoit, his wife and their 7-year-old son said the details of the deaths may seem a "little bizarre". 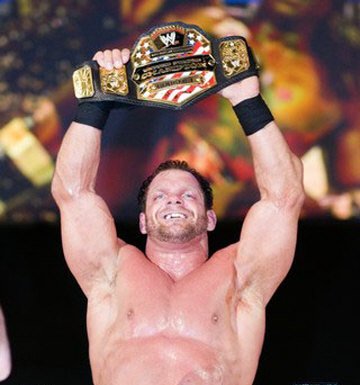 Authorities investigate murder-suicide of professional wrestler Chris Benoit, his wife and their son

The family was found dead Monday, and authorities were investigating the deaths as a murder-suicide, and were not seeking any suspects outside the Fayette County home. Investigators believe the 40-year-old Benoit killed his wife, Nancy, 47, and son, Daniel, over the weekend, then himself on Monday.

Fayette County District Attorney Scott Ballard told The Atlanta Journal-Constitution, "The details, when they come out, are going to prove a little bizarre."

Those details may emerge after the completion of autopsies scheduled for Tuesday.

Ballard told The Associated Press a gun was not used in any of the deaths. But he declined to say how the three died.

"We're pretty sure we know, but we want to confirm it with the crime lab," Ballard said early Tuesday.

Authorities also declined to say whether drugs or steroids were found inside the house.

The sheriff's department will release the cause of death as soon as it is available, but the results of the toxicology tests could take up to a week or longer, said Sgt. Keith Whiteside.

World Wrestling Entertainment said on its Web site that it asked authorities to check on the wrestler and his family after being alerted by friends who received "several curious text messages sent by Benoit early Sunday morning."

The bodies were found in three different rooms: Benoit in the home's weight room, his wife in an office and the son in an upstairs bedroom, Whiteside said.

Stamford, Connecticut-based WWE also said on its Web site it had further information on the deaths, but had been asked by authorities not to release it.

Benoit, a native of Canada, was born in Montreal. He was a former world heavyweight champion, Intercontinental champion and held several tag-team titles over his career. He was known by several names including "The Canadian Crippler."

"WWE extends its sincerest thoughts and prayers to the Benoit family's relatives and loved ones in this time of tragedy," the federation said in a statement on its Web site.

Benoit was scheduled to perform at the "Vengeance" pay-per-view event Sunday night in Houston, but was replaced at the last minute because of what announcer Jim Ross called "personal reasons."

Benoit became a standout at an early age among many wrestling prospects who trained in the famed dungeon basement of the home where fellow Canadians and professional wrestlers Owen and Bret Hart trained. Owen Hart was killed in a freak stunt accident during a wrestling pay-per-view event in 1999.

"He was like a family member to me, and everyone in my family is taking it real hard," Bret Hart, a five-time champion with the now-defunct World Wrestling Federation, said. "It's almost like reliving the whole Owen (Hart) death over again."

Benoit maintained a home in metro Atlanta from the time he wrestled for the defunct World Championship Wrestling.

The WWE canceled its live "Monday Night RAW" card in Corpus Christi, Texas, and USA Network aired a three-hour tribute to Benoit in place of the scheduled wrestling telecast.

They met when her then-husband drew up a script that had them involved in a relationship as part of an ongoing story line on World Championship Wrestling, the newspaper said.

Benoit has two other children from a prior relationship.