Singer-actress Eve arrested for investigation of driving under alcohol influence

Singer-actress Eve was arrested early Thursday for investigation of driving under the influence of alcohol after she crashed a Maserati in Hollywood. 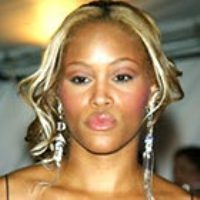 Singer-actress Eve arrested for investigation of driving under alcohol influence

The incident occurred about 2:45 a.m. on Hollywood Boulevard, police Officer Martha Garcia said. Eve, whose full name is Eve Jeffers, did submit to testing to determine her blood alcohol level, but the results were not immediately available, Garcia said.

A phone message left for her attorney, Matthew Johnson, was not immediately returned. Publicist Amanda Silverman said she had no immediate comment.

Eve broke into hip-hop as a protege of gangsta rap pioneer Dr. Dre. She released several solo albums and won a Grammy in 2001 for the single "Let Me Blow Ya Mind" recorded with Gwen Stefani.