WHO praises China and Pakistan.

The World Health Organization praised recent steps by China and Pakistan toward outlawing the sale of human organs. 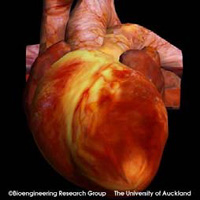 WHO praises China and Pakistan.

Dr. Luc Noel said the moves could lead to a reduction in "transplant tourism" _ patients from wealthy countries traveling to developing nations to buy organs from living donors.

China is the world's biggest market for such sales and "Pakistan the number two, so in the last few weeks you have both the most important markets taking active steps" to end the trade in organs, he told The Associated Press in an interview.

On March 21, China's State Council adopted a law that would ban the sale of organs and make it illegal for people under 18 to donate, the Xinhua press agency reported.

Two days later, Pakistan's Daily Times reported that a draft government bill banning organ sales had gone from the Cabinet to constitutional experts for approval. It must still be approved by parliament.

Noel said that the number of organ sales annually in China has reached the thousands in recent years, but he believed that numbers were falling in China.

Most medical professionals say selling organs is unethical, although a minority believe that a regulated system of sales would be preferable to the current situation.

The WHO estimates that only 10 percent of people who need transplants get them, and demand is rising. Globally, 66,000 kidneys were transplanted in 2005, 21,000 livers and 6,000 hearts, according to WHO data.

WHO estimated either the donor or the recipient traveled in 10 percent of kidney transplants usually to evade laws in one of their countries.

Pakistani donors are offered 150,000 rupees (US$2,500; EUR1,875) for a kidney, but in the end they receive only about half of that because middlemen take the rest, according to Dr. Farhat Moazam, Pakistan's delegate to WHO on transplantation.

"It's terrible exploitation, to lure them into donating a kidney for an amount of money that seems enormous to them," Noel said, adding that postoperative care for donors is often poor.

Human rights groups say China's transplant business is profit-driven with little regard for medical ethics, and that many organs  including those transplanted into wealthy foreigners come from executed prisoners who have not given their permission. Chinese officials do not deny that prisoner organ sales have occurred, but says they are extremely rare.

Noel said that a black market trade in organs in both countries would probably continue even after they are banned, given the degree to which demand outstrips supply.

Noel was in the Netherlands attending a meeting on coordination of European organ transfer policies.