Sanitation is the greatest medical milestone of the past 166 years, a vote involving 11,000 people shows. The poll, organised by the British Medical Journal, saw developments in the management of sewage receive 1,795 votes. 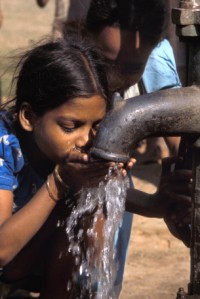 The discovery of antibiotics (1,642 votes) came second and the development of anaesthesia (1,574) third. The project to find the greatest medical breakthrough since the BMJ was launched in 1840 marks a redesign of the journal's website.

A shortlist of 15 breakthroughs, which also included the contraceptive pill and vaccines, was drawn up. Britain 's John Snow championed sanitation in 1854 when he showed that cholera was spread by contaminated water. Edwin Chadwick also came up with the idea of sewage disposal and piping water into homes, reports Scotsman.

Professor Mackenbach draws three conclusions. First, he says, Chadwick proved you do not have to know all about disease causation to intervene effectively. Second, environmental improvements, such as the provision of clean water, can be more effective than trying to persuade individuals to change their behavior. Third, interventions targeted at all the people may be more effective than those aimed at particular groups, such as the most deprived, informs Guardian.