Mental health experts are worried the prospect of additional warnings about the risk of suicide linked to antidepressants could curtail the medicines' use and ultimately do more harm than good. 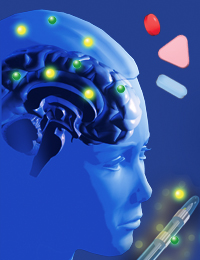 Federal health officials plan to update the labels of antidepressants after finding use of the drugs may increase the risk of suicidal thoughts and behavior among young adults. The drugs already bear similar warnings about their use in children and adolescents.

Adding so-called "black box" or other warnings could scare off doctors, parents and patients from the drugs, mental health experts caution. They warn that people with untreated depression, about half of those who suffer from the disease, face an estimated 15 percent greater likelihood of death by suicide.

"My concern is that by not simply promoting good standards of care and by putting on a black-box label, the FDA may unwittingly limit further access to care," said Dr. Carolyn Robinowitz, president-elect of the American Psychiatric Association.

Black-box labels are so called because of their broad black borders. The warning one contains is the strongest that a prescription drug can bear.

The Food and Drug Administration recently completed a mass review of 372 studies involving roughly 100,000 patients and 11 antidepressants, including Lexapro, Zoloft, Prozac and Paxil. When the results are analyzed by age, it becomes clear there is an elevated risk for suicidal thoughts and behavior among adults 18 to 25 that approaches that seen in children, the FDA said in documents released ahead of Wednesday's meeting of its psychopharmacologic drugs advisory committee, the AP reports.

The FDA's analysis of the multiple studies suggests an age-related shift in the risk of suicidal thoughts and behavior associated with treatment with the drugs. For instance, the effects of antidepressants on adults from 25 to 64 were mixed, leading the FDA to conclude the drugs had no effect on suicidal behavior for them but possibly lowers the risk of suicidal thoughts. Overall, the risks appear to decline with age and are lessened for the elderly, even if the numbers do not explain why, the FDA said.

The FDA analysis will be incorporated in future changes to antidepressant labels, but the agency wants first to discuss its plans with its outside advisers.

In May, GlaxoSmithKline and the FDA warned Paxil may raise the risk of suicidal behavior in young adults, too, and changed the drug's label to reflect that risk.