Just one of the Dutch Belted Cattle lazing in a corral overlooking the city's rolling hills costs $4,000 (Ђ3,200) a bargain considering its DNA is priceless. 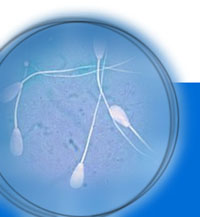 Called Oreo cookie cows because of their three distinct stripes, Dutch Belteds were brought to the United States from Holland in 1840 by P.T. Barnum for use in his circus. Fewer than 1,000 are left worldwide.

Concerned the animals could become extinct, the SVF Foundation is collecting germplasm sperm, fertilized embryos, blood and tissue from its cattle to try to preserve the breed. Dutch Belteds are one of 18 endangered breeds of cattle, sheep and goats the foundation hopes to save.

"In a way, we're producing the Library of Congress from the genetic standpoint of animals in the United States," said Dr. George Saperstein, a Tufts University veterinarian and the foundation's chief scientist.

While modern breeds produce better meat, milk and wool, many older, endangered breeds are more resistant to heat and illness traits that make them worth preserving. If disease devastated a sheep population, farmers might want to revive the parasite-resistant Gulf Coast Sheep or crossbreed it with their animals to produce hardier offspring.

"Germplasm is like the best insurance policy in the world in case something happens to a large population," said Don Schrider, communication director for the American Livestock Breeds Conservancy.

The SVF Foundation is one of two significant germplasm repositories in the United States. The National Animal Germplasm Program run by the U.S. Department of Agriculture has a far larger collection, but SVF's stands out because of its emphasis on endangered breeds.

Concerns about disease spread from animal to animal, person to animal or test-tube to test-tube prompt strict security. The farm is closed to the public; visitors must walk through a sterilizing solution before stepping onto the grounds, reports AP.

To preserve a single breed, the foundation will collect 200 embryos, 3,000 vials of semen and tissue samples containing DNA that may be useful down the road. The process costs hundreds of thousands of dollars, director Peter Borden said.

The investment is well worth it if it protects the nation's agricultural industry, Saperstein said, noting that a heat wave in California killed tens of thousands of Holsteins this summer.

"If the farmers had Jersey cows, they'd all still be alive because the Jersey cow is much more tolerant of heat," he said.