New study shows that mammalian species are known to last an average of 2.5 million years before being snuffed out, but nobody had been able to figure out why. The reason, it turns out, may be linked to regular wobbles in Earth's orbit. 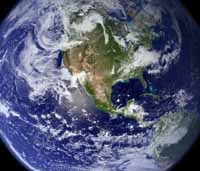 Jan van Dam from Utrecht University in the Netherlands and colleagues reached this conclusion after studying the fossil record of rodents from central Spain over a 22-million-year span. This showed a link between rodent extinction events and the climate record.

"Changes in seasonality associated with the astronomical variations - harsh winters, dry summers - are really a matter of life and death to mammals," van Dam points out, informs New Scientist.

According to Mongabay, Currently Earth is in a period of axial tilt and an elliptical orbit -- which usually correlate to stable mammal biodiversity -- but high concetrations of greenhouse gases make it difficult to predict what's in store for Earth's mammal species.

The study is published in the October 12 issue of the journal Nature.

At present, Earth is in a period of axial tilt and an elliptical orbit, a recipe for climate shifts but relatively stable mammal populations. But such periods in the past have not included such high levels of greenhouse gases in the atmosphere, and that is driving an unprecedented--an unpredictable--climate change. "There is no precedent for it in any of the other previous cycles that are well documented," Olsen adds. That may shorten the life span of mammal species presently on the planet, reports New Scientist .