People at high risk of developing diabetes may be protected if they take Avandia (rosiglitazone), a drug currently used to treat the disease. A new study has indicated that high-risk people may reduce their chances of developing Diabetes Type 2 by over 50% if they take Avandia. Many volunteers in the study also found that the drug restored normal blood-sugar function. 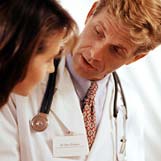 As the study volunteers were regularly counselled about good eating habits it may be difficult to know exactly how much of the protection and improvement was due just to Avandia. Previous studies have shown that some simple changes in lifestyle can significantly reduce a person's risk of developing diabetes type II, informs Medical News Today.

According to Independent, Hertzel Gerstein, of the Population Health Research Institute at McMaster University, Canada, who led the study, said yesterday that the team of hundreds of researchers were "quite pleased" with the results, but warned: "No one drug is going to stop an epidemic of this size.

The only way to do that is to re-engineer society so people change their diets and increase physical activity." He added that every person should understand their risk related to their family history, weight and lifestyle but that the drug could offer an "additional option".

The results of the trial, presented at a conference in Copenhagen yesterday, and published online in The Lancet, were based on over 5,200 people with impaired glucose tolerance, an early warning sign of diabetes, selected from almost 25,000.

After three years, the researchers found 658 individuals on a placebo had developed diabetes, compared with 280 on rosiglitazone. There was a small increased risk of heart failure, which was not fatal, in the group taking the active drug.

The authors said: "The results of this study suggest that the addition of rosiglitazone to basic lifestyle recommendations substantially reduces the risk of developing diabetes by about two thirds, offering a novel preventative approach."

Experts quickly cautioned that the drug, sold as Avandia, should not be viewed as a panacea because it has no effect on obesity, the major risk factor for diabetes, or on obesity's concurrent risks, such as heart disease, high blood pressure and cancer.

They also said the cost of the drug, between $100 and $150 a month, and its infrequent but potentially serious side-effects must be considered before it is prescribed. Those side-effects include congestive heart failure, which can be fatal, and potentially dangerous fluid buildup in the eyes, informs Chicago Tribune.

"For some people it's easier to take a pill," said Dr. Daniel Batlle of the Northwestern University Feinberg School of Medicine, who did not participate in the trial. "The important thing to understand is that this is not something that you are going to see an improvement in right away. This is a small long-term benefit."