The extraordinary number has been established by an international project attempting to catalogue all ocean life. 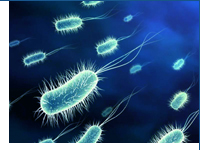 Scientists working in marine sites around the world, including several North Atlantic sites between Greenland and Iceland, were astonished to find that they had massively underestimated the diversity of single-cell organisms that, despite being invisible to the naked eye, make up 98 per cent of all life in the oceans, according to Independent.

He said past studies had suggested that one liter of water would contain 1,000 to 3,000 types of microbe - the oldest form of life on the planet. Microbes make up more than 90 percent of the total mass of life in the seas, from bacteria to whales.

Until recent years, estimates of the total number of species on earth - from microbes to elephants - were below a million. The new findings suggest that a swimmer swallowing a mouthful of sea water may be consuming perhaps 1,000 types of bacteria, Reuters reports.