New technology for amputees: prothesis with no risk of infection 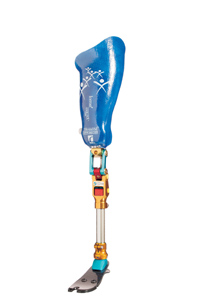 New technology for amputees: prothesis with no risk of infection

The scientists have been very encouraged by initial clinical trial results. The trials took place at Mount Vernon Hospital, Middlesex, England. The volunteers were patients who had lost their fingers and/or thumbs.

Further trials using arms and legs are planned. It is possible that people who lost limbs during the July 7th, 2005, London bomb attacks could take part, Medical News today reports.

The work paves the way for bionic limbs which are controlled by the central nervous system.

The technique, called Intraosseous Transcutaneous Amputation Prosthesis (ITAP), involves securing a titanium rod directly into the bone, according to the BBC.