Brazilian researches published the results of research, aimed to find out, whether Mozart music has any influence on patients with eyes problems. 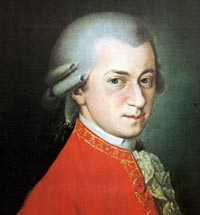 Two groups of patients were given the test. Half of them listened to Mozart's sonata before the test while the other half had no music. None of the patients had ever taken the test before.

In this test patients have to identify shapes in different backgrounds and press a button when they see the shape. The shapes are of the same or similar colour(s) as the background, Medical News Today reports.

The researchers found that the group who had listened to music performed better. They also found that the beneficial effect of the music wore off ten minutes after they stopped listening to it.