Divers have discovered a new crustacean in the South Pacific that resembles a lobster and is covered with what looks like silky, blond fur, French researchers said Tuesday. 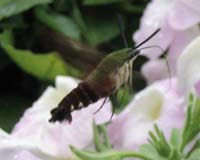 Scientists said the animal, which they named Kiwa hirsuta, was so distinct from other species that they created a new family and genus for it.

A team of American-led divers found the animal in waters 2,300 meters (7,540 feet) deep at a site 1,500 kilometers (900 miles) south of Easter Island last year, according to Michel Segonzac of the French Institute for Sea Exploration.

The new crustacean is described in the journal of the National Museum of Natural History in Paris.

The animal is white and 15 centimeters (5.9 inches) long  about the size of a salad plate.

In what Segonzac described as a "surprising characteristic," the animal's pincers are covered with sinuous, hair-like strands.

It's also blind. The researchers found it had only "the vestige of a membrane" in place of eyes, Segonzac said.

The researchers said that while legions of new ocean species are discovered each year, it is quite rare to find one that merits a new family.

The family was named Kiwaida, from Kiwa, the goddess of crustaceans in Polynesian mythology.

The diving expedition was organized by Robert Vrijenhoek of the Monterey Bay Aquarium Research Institute in California, reports AP.