Unusual creatures were washed ashore in Chukotka, the Far East of Russia. The creatures that looked like gigantic black snakes, or sperm cells, as many assumed, terrified local residents. 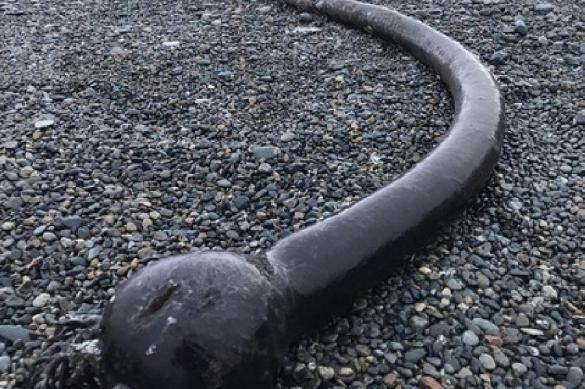 It turned out, though, that the creatures did not come from the animal kingdom. Specialists identified the "black snakes" as Nereocystis luetkeana kelp. "This species is not typical of our waters - it is native to the Pacific coast of North America from the island of Unalashka to California," employees of Beringia National Park said.

The stem of this kelp may reach up to 30 meters in length and has a bulb-like ending at the top, which makes it reminiscent to a snake. The bubble at the top can be up to 20 centimeters in diameter.

Nereocystis luetkeana is an annual plant that grows on rock at depths of up to 20 meters. It starts growing in February, separates from the ground in December and goes on a journey in the Pacific Ocean. Most often, stems of this kelp get washed ashore on the Aleutian and Commander Islands.