US flags disappear from the Moon

There are no US flags on the Moon anymore. American flags had been installed on the Earth's satellite from 1969 to 1972. Since that time, the colors of the flags have faded out and the stars and stripes have turned into plain white cloths, NASA said. Five of the six flag posts are still there on the Moon, and they can be seen on satellite images, the agency added. 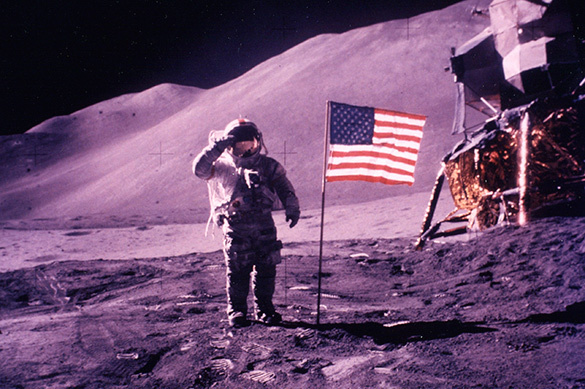 When traveling to the Moon, the Americans used common flags that had not been exposed to any special treatment to protect the cloth from space influences. The Moon does not inhibit sunshine, there is no shadow there either, so all objects on the Moon get constantly exposed to ultraviolet and radiation.

In 1969, Neil Armstrong and his partner Edwin Aldrin spent 2.5 hours on the Moon. Five years after the walk on the Moon, Armstrong retired from NASA and started doing his own business. Before traveling into space, the would-be astronaut had served as a US Air Force test pilot.

In 2019, Russia is going to launch its own lunar exploration probe to the Moon. The complex is known s Luna Globe. The probe will study the structure of the Earth's satellite and its resources.