Most powerful solar flare in 12 years changes life on Earth

The most powerful solar flare in the last 12 years was recorded on Wednesday, September 6. The flare could disrupt the work of electronic equipment and cause minor ailments. 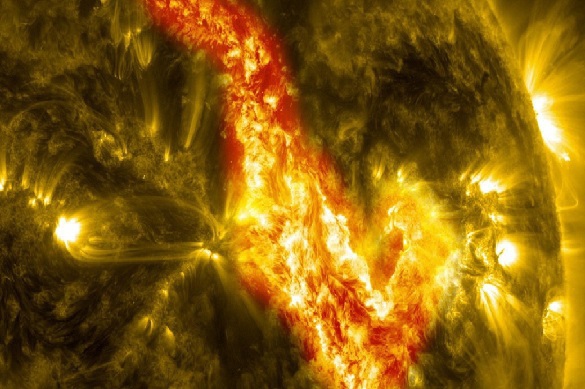 Specialists of the Physical Institute of the Russian Academy of Sciences predicted a strong magnetic storm that affected the state of health of people around the world. The solar flare occurred in the part of the star that shows the largest influence on the Earth. Scientists of the Laboratory of X-ray Astronomy of the Sun specified that the explosion occurred in the geoeffective area near the Sun-Earth line.

The incredibly powerful solar flare could cause a larger number of lethal outcomes in car accidents and increase the number of accidents in general. Scientists recommend one should be particularly attentive on roads on Friday, September 8. It is also recommended to pay special attention to children under 12 years of age as the solar flare may affect their health condition and behaviour.