Automatic interplanetary space station Dawn took unique photos of Ceres, a dwarfish planet in the asteroid belt. For the first time in history, scientists could take a look at the sunlit side of the planet. To take the photos, the scientists had to conduct a series of complex maneuvers to bring the space probe to a straight line between Ceres and the Sun. 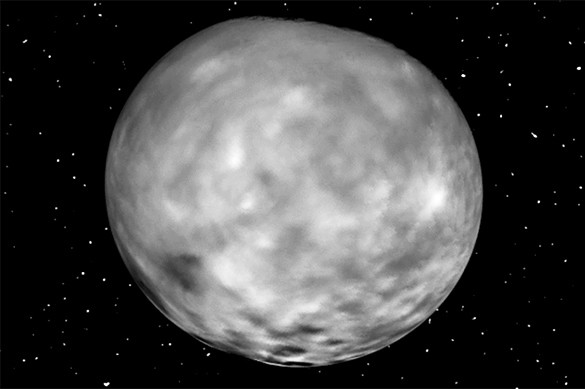 Having reached the desired location, the space probe took a photo of the planet from a distance of only 20 thousand kilometers from its surface. The photos show Occator crater, as well as other areas of Ceres.

In addition to amazing images, scientists could receive new scientific data. Planetologists could study how sunlight interacts with dust and particles of Ceres' soil. This helped them make conclusions about the characteristics of the soil and many other important properties of the surface of Ceres.

Ceres is known for its "ice rivers" that flow from the poles to its equator. The presence of large amounts of ice in the crust of Ceres suggests that water can also be found in the bowels of unexplored asteroids orbiting Mars and Jupiter.