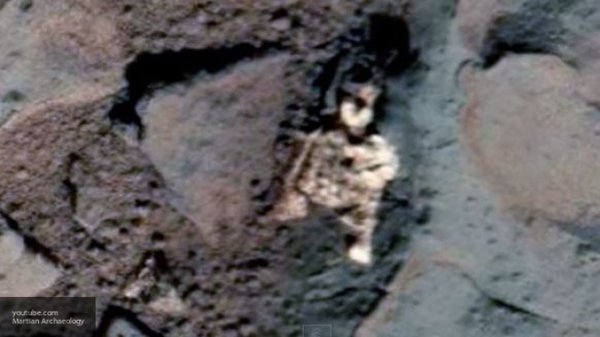 Ancient remains of an extraterrestrial creature were found on Mars. The creature died millions of years ago, ufologists believe.

According to them, the alien was a representative of the civilisation that once existed on Mars. The sensational statement was made by a group of American scientists from the National Space Agency, who could see outlines of an alien creature on a photo of the surface of Mars.

The body of the alien creature was crushed by a stone slab. According to the researchers, the creature's leg and arm are sticking out from the slab. The photo currently undergoes further analysis.