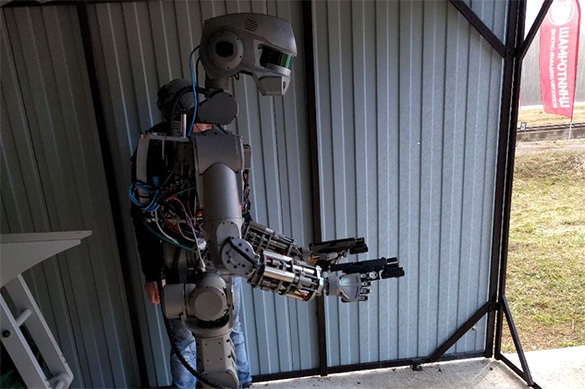 Russian humanoid robot named Fyodor has generated quite a hype on the Internet. Many Western publications have dubbed the machine a frightening cyborg.

In 2021, Russia plans to send the robot into space. The robot is said to be delivered into orbit on board Russia's new spaceship "Federation." The new spaceship is designed to deliver both cargoes and humans into space, including to the Moon.

The robot was developed by the Russian Foundation for Advanced Research Projects. Fyodor will be used to perform complex tasks outside the International Space Station, while cosmonauts will be manipulating the machine from the inside.