Ukraine ready to build its own base of the Moon, but needs some cash

The head of Yuzhnoye Design Bureau Alexander Degtyarev said that Ukraine could build its own base on the Moon. 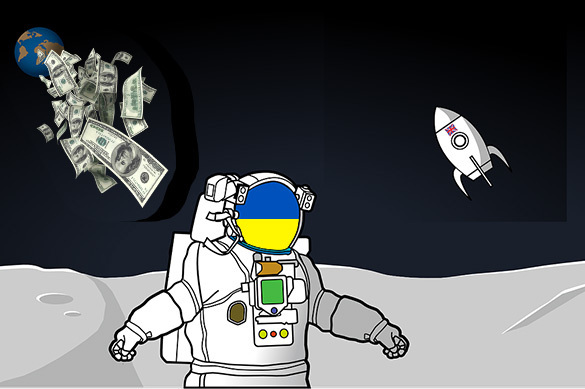 According to Degtyarev, Ukraine remains among top five countries of the world that have the required technology for building a lunar base. "We should sell the product that was created on the basis of this technology. I believe that man should explore the Moon, learn to live there and then explore other bodies of the solar system," the official said.

Degtyarev added, though, that Ukraine did not have enough money to achieve success in space exploration.

Noteworthy, Ukraine has been taking efforts to regain positions of a rocket-building country. Ukraine retrieves its strategic positions in rocket-making, Secretary of the Ukrainian National Security and Defense Council, Alexander Turchynov, wrote on his Facebook page.

Turchynov congratulated everyone who took part in the modernization of the first stage of the US-made Antares carrier rocket. According to him, Ukrainian specialists were modernizing the Antars rocket for the Russian-made RD-181 rocket engines during the last 18 months. Turchynov believes that it the explosion of the Antares rocket in 2014  occurred because of the Russian rocket engine.

Also read: Why does Russia still deliver its technology to the West?