Giant asteroid 2004 BO41 more than 1.5 kilometers in diameter has flown planet Earth by on September 7. Another space body, 2016 QL44, is said to near the Earth in a few days. This asteroid is smaller in size, but it may approach our planet closer. An impact with such an asteroid may cause massive destruction on the planet. 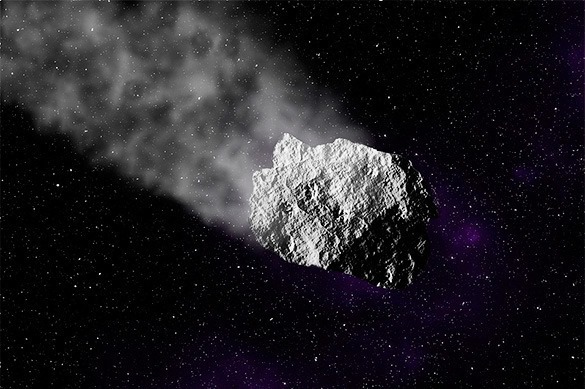 2004 BO41 flew at an acceptable distance of 15 million kilometers from Earth. However, if a celestial body of this size (about 1.6 km in diameter) rammed into Earth, the consequences of the impact would be disastrous.

According to US geophysicists, an asteroid one kilometer in diameter would be enough to create a 15-kilometer wide crater on the site of the impact. The collision would then trigger a rapid decline in average world temperatures to ice age levels.

While 2004 BO41 flew at a distance about 39 times the average distance between the Earth and the Moon, another potentially dangerous asteroid, 2016 QL44, is expected to fly our planet by at a distance three time the distance between the Earth and its natural satellite. Scientists do not exclude that the actual distance will be even smaller as the parameters of the celestial body could only be calculated approximately.

Also read: Asteroid Apophis to ram into Earth in 2036

The diameter of 2016 QL44 is not more than 61 kilometers, and the asteroid looks tiny in comparison with 2004 BO41. However, if such an asteroid falls on a city on Earth, the consequences of the impact will be comparable to the fall of several atomic bombs.

According to NASA experts, the probability for any currently known large asteroids to ram into planet Earth approaches zero. At the same time, the researchers realize that astronomers have not discovered all potentially hazardous space bodies. The most recent reminder of the space threat is the fall of the meteorite in Chelyabinsk on February 15, 2013. The explosion of the meteorite above the city injured 1,613 people and caused the damage of about 500 million rubles ($7.7 million).