On July 16, astronomers discovered another natural satellite of planet Earth - Asteroid 2016 HO3. According to NASA's Jet Propulsion Laboratory, the asteroid has been orbiting Earth for about 100 years already and will remain a natural satellite of our planet for hundreds of years to come. 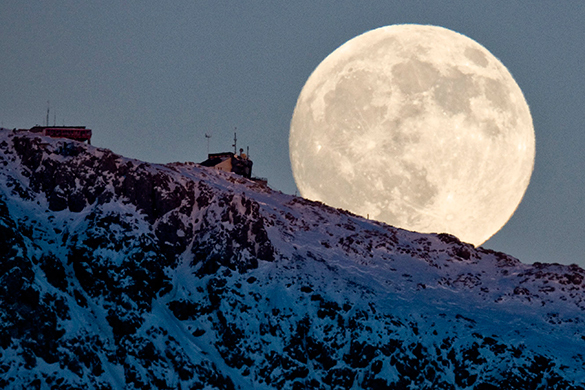 "Our calculations indicate 2016 HO3 has been a stable quasi-satellite of Earth for almost a century, and it will continue to follow this pattern as Earth's companion for centuries to come," Paul Chodas of NASA's Center for Near-Earth Object Studies, said. "One other asteroid - 2003 YN107 - followed a similar orbital pattern for a while over ten years ago, but it has since departed our vicinity," he added.

Asteroid 2016 HO3 is not the first space body that has been our companion. Gravity of the Earth may attract asteroids that start orbiting our planet thus becoming quasi-satellites.

Astronomers say that there were other satellites of the Earth that have already left our orbit: asteroids 2003 YN107, 2004 GU9, 2001 GO2 and 2002 AA29. According to scientists, these asteroids may regularly approach Earth for several decades.

The newly discovered quasi satellite never approaches planet Earth closer than 38 distances from the Earth to the Moon. In addition, the asteroid does not move away from our planet for more than 100 Earth-Moon distances. 2016 HO3 is likely larger than 120 feet (40 m) and smaller than 300 feet (100 m).