Planet 2MASS J2126, which was considered an independent space body, moves in orbit around the star about one trillion kilometers far from the planet, the Royal Astronomical Society said. 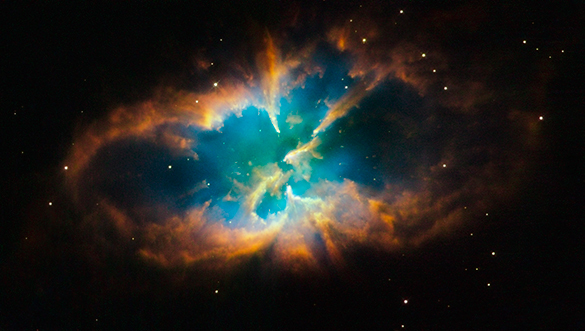 A team of astronomers from the UK, the US and Australia described their discovery in "Monthly Notices" journal of the Royal Astronomical Society.

Scientists discovered the planet as a separate body eight years ago, although they did not think that the planet was orbiting a star. Astronomers believed that planet 2MASS J2126 was a space outcast that was traveling in the universe all by itself. At some point, the astronomers discovered that 2MASS J2126 was orbiting a distant red dwarf star called TYC 9486-927-1. The distance between the planet and the star is 7,000 times larger than between the Earth and the Sun. The planet orbits the star in almost one million earthly years.

The new solar system is almost three times larger than the previously known biggest distance between a planet and a host star, Simon Murphy of the Australian National University said.