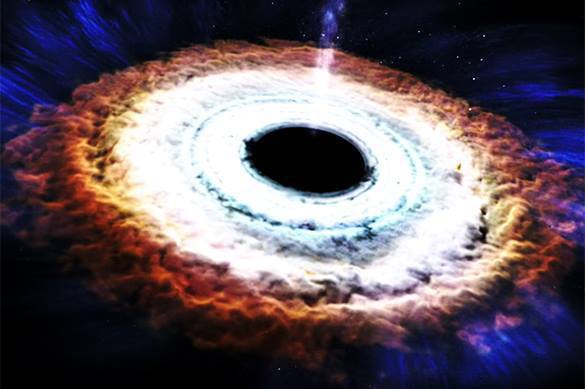 The 3D-animation video of a black hole sucking up a star has received more than 160,000 views in two days.

The mass of the black hole that several X-ray telescopes observed is 14 million times the mass of our sun. Scientists codenamed the event (absorption of the star) as ASASSN-14li.

The Verge reports, citing the US space agency, that the galaxy, where the stunning phenomenon occurred, is located at a distance of 290 million light years away from Earth.

Having swallowed the star, the black hole transformed its remnants into a giant gaseous disk, while some of the stellar debris flew into space.