Man tattoos sailor shirt on his body and dies next morning

The wish to always wear a sailor shirt has killed a 38-year-old man, a resident of the Crimea. The man, who owned a pleasure boat, decided to tattoo black-and-white stripes on the upper part of his body. After the sailor shirt tattoo was ready, the man died, Pravda.Ru reports with reference to Politonline. 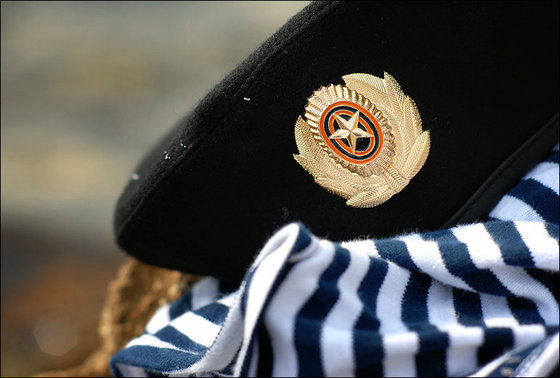 According local residents, who knew the man in person, he wanted to have a permanent tattoo of the sailor shirt. "I want to have it on always," the man said when he went to a tattoo parlor in Yalta.

The tattoo artist tried to talk the man out of the idea to have such a tattoo, but the client, a sailor of the Black Sea Fleet of the Russian Federation, stated that he had seen pictures of such tattoos on the Internet and wanted to have it as well.

The sailor returned home when the sailor shirt tattoo was "decorating" his torso. A tourist from St. Petersburg, who knew the man, found his body in the apartment the next morning.

Doctors said that the man died because of "cardiac insufficiency that appeared against the backdrop of a painful shock and infection."

The man was buried in his hometown of Sevastopol.