Researchers at Dartmouth College found that urinary arsenic in bottle-fed babies was a lot higher than in babies, who receive natural milk from their mothers. 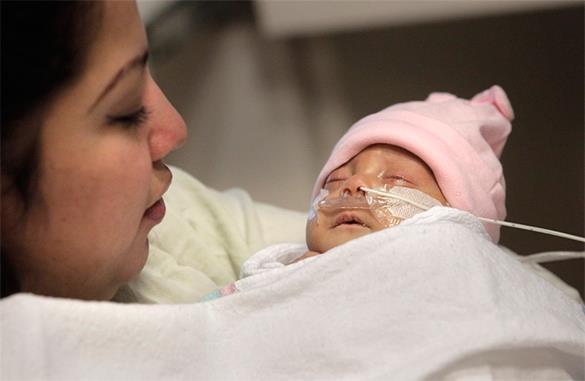 The researchers found that breast milk contained very low levels of arsenic. The results of the research were published on February 23 on the website of  Environmental Health Perspectives.

The researchers measured the content of arsenic in home tap water, in urine of 72 six-week-old babies and in breast milk from nine women, residents of New Hampshire, Pravda.Ru reports.

Lead author Professor Kathryn Cottingham said that the results of the study showed that breastfeeding could reduce arsenic exposure even at the relatively low levels of arsenic typically experienced in the US, Pravda.Ru says.

Arsenic is commonly found in soil and acts as a common pollutant of well water. Arsenic causes cancer and other diseases. It affects human embryo, increases the risk of fetal mortality, reduces birth weight and impairs the cognitive function. The Agency for Environmental Protection set a maximum level of contamination of public drinking water, but private wells are not subject to inspections, even though they are used as the main source of water in many rural areas of the United States.