Norwegian sociologist Ole Rogeberg of the Economic Research Center of Ragnar Frisch in Oslo questioned the conclusions of his American counterparts, who said that smoking "weed" in adolescence is fraught with mental decline by an average of 10.8 points during mature age. 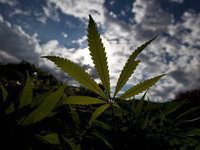 According to Rogerberg, American scientists made a number of methodological errors. In particular, they did not take account of the socio-economic status and ethnicity of those participating in the experiment, which could significantly distort the final results.

Rogerberg proved that it is not only drugs that affect IQ, but also income, education, employment and marital status. If a person fails all four spheres, his or her intelligence deteriorates without drugs. The fans of marijuana from poor families become addicts more often than children from rich and middle class families.

Rogerberg adds that the IQ of people of limited means declines stronger than that of well-to-do individuals. Poor people can not afford or desire for further education, and their work activities very often involve no mental activity. For this reason, the researcher notes, marijuana should not be considered the sole or determining cause of declining IQ.