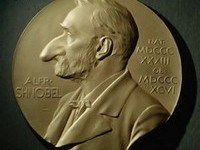 The Russian man received the award for his method of transforming explosives into tiny diamonds, Vesti FM reports. The inventor himself was not present at the ceremony. It is known that Petrov works at SKN Company in the town of Snezhinsk, the Chelyabinsk region.

The list of Ig Nobel Price winners this year also includes Japanese researchers, who designed a device that allows you to remotely "silence" any chatterbox or screamer, BaltInfo reports. In psychology, the award went to Dutch researchers for their answer to the question of why leaning to the left makes the Eiffel Tower seem smaller.

Four American neurophysics received the award in their field for designing the equipment, which records the brain activity of dead fish. An Anglo-American team of scientists won their prize in physics for explaining the causes and trajectories of pony tail movements. Employees of the U.S. Chamber received a prize for literature for compiling a "report about reports," The Voice of Russia said.

Ig Nobel Prize was founded in 1991 by Marc Abrahams, an editor of humor magazine The Annals of Improbable Research. The funny ceremony is held shortly before the announcement of Nobel Prize winners. Interestingly, the authors of questionable scientific work receive the awards from real Nobel winners.