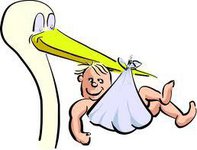 In the "Lord of the Rings" books, hobbits were rescued by giant eagles, but real-life hobbits might have been hunted by giant storks, scientists find. The fossil remains of what may have been a hobbit-like species of human were discovered in 2003 at the Liang Bua cave on the Indonesian island of Flores. In that cave, scientists also unearthed a large number of bird fossils - including 20,000- to 50,000-year-old wing and leg bones from what appears to have been a stork nearly 6 feet tall (1.8 meters).

"From the size of its bones, we initially were expecting a giant raptor, which are commonly found on islands, not a stork," said Hanneke Meijer, a vertebrate paleontologist at the Smithsonian Institution in Washington, msnbc.com informs.

Remains of the tiny humans were found among bird fossils in the Linag Bua cave on the Indonesian island of Flores. It doesn't appear that the humans hunted the birds because no cut marks were found on any stork bones.

Flores was home to a wide variety of dwarf and giant species, including the pygmy elephant and the giant lizard, the Komodo dragon. Many of the prehistoric animal became extinct some 17,000 years ago. Meijer is aware that the island evokes images of a kind of land of the lost. "Stories like the Lord of the Rings do add a nice fantasy touch to my work," she said, Newser reports.