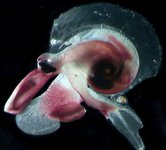 One of the most ambitious and immense studies in the history of scientific inquiry - the Census of Marine Life, a decade-long quest to count and describe the species that live in the planet's oceans - officially concluded today (Oct. 4), adding thousands of species to the list of known ocean-dwelling plants and animals.

Since it began in the year 2000, the Census of Marine Life (COML) has sent out 540 expeditions across every ocean on the planet, has upped the number of described species to 201,206, has identified more than 6,000 new species, and has increased the sheer volume of humanity's understanding of the oceans' denizens, and how they are intricately connected, by an unprecedented amount, the scientists involved say, according to Our Amazing Planet reports.

The $650 million initiative, $75 million of which came from the Sloan Foundation, launched 570 expeditions that journeyed from Antarctica to the tropics. Ranking as one of the world's largest scientific collaborations ever, it produced more 2,600 academic papers and collected 30 million observations of 120,000 species.

Researchers have identified potentially 6,000 new species in the course of the project, 1,200 of which have been formally described, Washington Post reports.

Australian marine ecologist Ian Poiner, who chairs the project's steering committee, said the results will serve as a "global baseline" for assessing the state of the ocean's species over the decades to come. "That's not only something that wasn't available in 2000," he told me from London, where the census' final results were shared with the world today. "Many said it was too big a challenge and could not be done," msnbc.com reports.