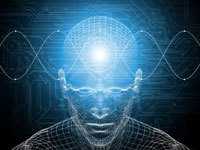 A mind-reading machine is a step closer to reality after scientists discovered a way of translating people's thoughts into words. Researchers translated brain signals into speech using sensors attached to the surface of the brain. The breakthrough, which is up to 90 per cent accurate, offers a way to communicate for paralyzed patients who cannot speak.

"We were beside ourselves with excitement when it started working," said Prof Bradley Greger, a bioengineer at Utah University who led the team of researchers, Vancouver Sun reports.

It was further added that the step involves a better improvisation that includes placing of electrodes on brain, and the boffins claim it to be possible in few years before clinical trials on paralysed people who cannot speak due to so-called "locked-in syndrome".

The report highlighted the viability of translating brain signals into computer-spoken words.

The procedure involved placing of grids of tiny microelectrodes near the speech centres located in the brain of an individual with severe epileptic seizures, TopNews says.