It is looking like Microsoft's Internet Explorer, which once held the world in its iron grip, is slowly dying. 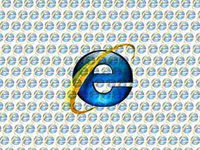 The Vole's share of web browser use has dropped to an historic low below 60 per cent for the first time since Internet Exploder 4 passed Netscape in 1999. According beancounters at Net Applications, IE held 59.95 per cent share of its observed traffic. About 30 months ago it had 80 per cent of the market and the world was its lobster, Inquirer reports.

Internet Explorer's loss translates, inevitably, into gains for other browsers - and the biggest winner according to Net Applications' figures is Google's Chrome. While still a minority browser - with just 6.73 percent of the market - Google's browser continues to increase in popularity, maintaining its double-digit growth figures.

Net Applications also shows Firefox gaining ground with 24.59 percent of the browser market - a growth of 0.07 percent in April, although still a significant dip on its height of 24.72 percent in November 2009, bit-tech.net informs.