University of Alabama researchers say the rate of autism and related development disorders has skyrocketed in the past four years. 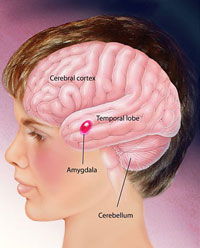 The researchers, along with scientists from the Centers for Disease Control and Prevention, say the rate could soon be 1 percent among 8-year-olds. For now, the researchers said in a statement, one in 110 8-year-olds is classified as having an autism spectrum disorder, which is 57 percent higher compared to only four years ago.

The researchers characterized the disorders as delays or changes in childhood socialization, communication and behavior, AHN reports.

The research shows that boys still outnumber girls in autism prevalence. One in 70 boys were diagnosed with the disorder, compared with one in 315 girls. However, girls diagnosed with autism often have more severe symptoms.

Geri Dawson, chief science officer for the advocacy group Autism Speaks, said this report validates early estimates of how many children are affected by autism.

"We now have firm evidence that autism spectrum disorders affect a staggering 1 percent of children, and this increase cannot be fully accounted for by broader diagnosis or earlier diagnosis."

"Autism spectrum disorder" is an umbrella term for three types of neurological disorders that can lead to significant social, communication and behavioral challenges. According to the CDC, those are autistic disorder, or classic autism, and the two milder forms: Asperger's syndrome and atypical autism called Pervasive Developmental Disorder - Not Otherwise Specified", CNN reports.

There is no blood test for autism; doctors diagnose it and related disorders by observation and interviews with children and their families, and prevalence estimates vary depending on how studies are done.

The new estimate is about the same as one from a study published in October, which found a rate of slightly more than 1 in 100 children who received a diagnosis.

Yet that study, based on a phone survey of 78,000 households, also found that almost 40 percent of the children who had received an autism spectrum diagnosis grew out of it or no longer had the diagnosis, New York Times informs.